You've heard the negative press about myspace, but now there's a Christian alternative for social networking in a clean environment. I have a page there to promote my book and other life interests. I've found a couple of great groups dealing with infertility and loss and even started one for Hannah's Hope. My page does mention all aspects of my life, including our kids, but it also is a rich resource to connect with many brothers and sisters in the Lord, including other infertility authors. Please come visit me at my Shoutlife page!
Posted by JenniferSaake.com at 3:38 PM No comments:

On the Hannah's Prayer Community Forums I am posting monthly devotionals based on various chapters of Hannah's Hope. Here's the second in this series.

The following is copyrighted material and has been adapted from "Envy, Jealousy, and Rivalry," chapter two of Hannah's Hope: Seeking God's Heart in the Midst of Infertility, Miscarriage, & Adoption Loss by Jennifer Saake, NavPress, 2005. Please do not duplicate without permission. You may read a portion of this book here.


[Elkanah] had two wives; one called Hannah and the other Peninnah. Peninnah had children, but Hannah had none. - 1 Sam 1:2 (NIV)

As I tried to persuade God to give us a child on my terms, we watched three nephews born. Wait! When did the starting gun fire? How did everyone else get so far ahead in this race?

It seemed our brothers and their wives, along with every every woman I saw, was either nine months pregnant, pushing a baby stroller, or both! I began dreading my trips to the grocery store where I would inevitably see women with gobs of kids stuffed into shopping carts, hanging from their arms, and running about their feet.

Many of these moms didn't seem happy with their blessings either. When I would hear a mother yelling obscenities at her child just for acting like a normal kid, it was all I could do to keep myself from committing child theft. I kept wondering what criteria God was using in the allotment of offspring...

In short, I felt I knew better than God. I called Him to account for decisions that made no sense from my limited perspective... Believing that I would make a better mother than so many who were given the chance, I felt that we had earned the right of parenthood. Didn't God owe us something here?

Surprisingly, the answer was, and is, no. God does not owe me anything: not a baby, not even an explanation of His choices. As Hannah endured years of social inferiority as a barren wife, she had no way to know that God's ultimate plan was to bless her with a special son whom He would use to lead His people. To look at my current circumstances... would be like trying to see a finished picture in a single piece of a complex puzzle... God sees the big picture from beginning to end...

---
While commonly thought of as synonymous, envy and jealousy carry subtle, yet signifcant, distinctions. Envy represents resentment of what others have, selfishness, covetousness, greed, and desire for gain at the cost of another. It distorts the truth to validate or intensify its own perspective of pain. Matthew 27:18 explains that it was out of envy that enemies of Jesus handed Him over for murder.
Like envy, jealousy can involve anger and a defensive spirit, but it can be expressed in both positive and negative ways. Jealousy involves a protective element, a desire to grasp tightly that which seems rightfully mine. Ungodly jealousy indignantly demands its own way. An example of righteous jealousy would be the passionate protection of my marriage against outside threat.

-----------
Thoughts to ponder:
Are my feelings toward others who have what I so long for rightly described as envy or jealousy?
If envy, do I blame God for what I see as injustice?
If jealousy, is my jealousy expressed in positive or negative ways?
Am I ready to ask God to help take this hurt and use it for His best purpose in my life?

------------
Dear Lord, we ask that you would guard our hearts against the bitter grasp of envy. And when hurt and jealousy arise, for this truly is such a painful journey, we pray that you would help us to express jealousy in righteous ways rather than hateful ones. It doesn't seem to make sense why you have allowed us to walk through this heartache, nor why children suffer neglect at the hands of unloving parents. We need your comfort and grace to trust that you have a big-picture plan for each of us.
Posted by JenniferSaake.com at 5:05 PM No comments: 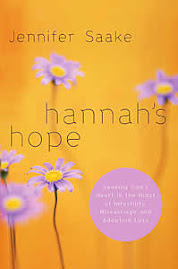